[on slowly discovering my abilities and talents]…It wasn’t until later that I realized that I could talk on and on for hours…and not get tired. Me, who had never traveled out of the United States and hadn’t had that many unique experiences, had never even had sex…but I had phone buddies who would tell me of conspiracies against the black man and in fact every american…and I would tell them about me….All about me…I didn’t understand it then… 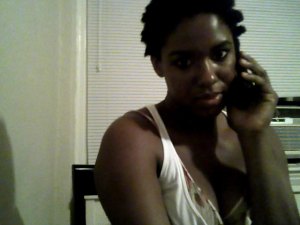 Me, as an artist…Well I guess I first discovered I had a “gift” when people would tell me their stories, deep happenings, abuses that would be hard to utter…they told ME…I have no idea why they told Me.