Ull find ur way… I promise

This was my latest facebook post before writing this article. I don’t know why or for what reason, but for some reason the tears just came. I thought I was happy. I guess I was wrong.

I knew the movie Breakfast at Tiffany’s would make me sentimental, especially after people had said it was the story of my life, and that I should read the book. Several signs had pointed to me needing to have watched this movie for a while. Namely, a good friend mentioned it, and then a woman came into the salon wanting the signature French roll. Moon River, the theme song of the movie, has taken me on ride since the first time I ever heard Sarah Vaughan’s version on a jazz cd.

A quarter of the way into the movie, I was in tears. They would stop…and then I was convulsing…muffling my screams wanting to let it out, but afraid someone would hear me and come and ask me what’s wrong. That’s just the thing…I don’t know.

But I think it has something to do with “birthing pains.” I’m becoming a new me, and I’m startled at how swiftly and seamlessly it’s all happening.

My morals and values just aren’t what they used to be.

I always thought I was a good person, but really I’m not, I’m just selfish. And I do what feels good at the time; I do what benefits me and feels good to me.

But at least I’m admitting it, which is more than I can say for the rest of you.

That friend, that same friend who mentioned the movie, I slept with him. He has been in a relationship for 8 years. They even have a baby. And afterwards, we both sat there trying to figure out why we didn’t feel a lick of guilt.

I kissed a married woman and one day, I want to make love to her. I realized I don’t give a damn about whether or not she’s lying to her husband, its me who I care about. Already she has been an incredibly good influence on my life…I think she has that affect on people.

I’ve got to live my life for me, you see. 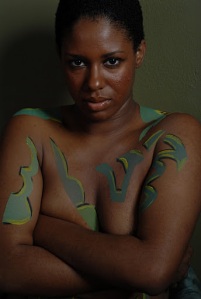 The scared child inside wonders about my life.

Lol, I remember one time I was unknowingly with a man who had separated from the mother of his child. For 5 months I loved this man, and probably after that too. When I found out he was lying to me though and was planning to buy a house while him and I were still living together, I sent her pictures of him and I kissing to their new apartment (to which he told me the address, or maybe he left some mail out?) and the keys to the apartment him and I shared. I was 20 years old and 7 years later I saw him in the train station. After all we had been through, he said he always remembered me, looked me up on facebook often, and he learned so much from me. He said he especially loved the way I cooked, and his favorite dish…one time I put lemon juice, herbs, and honey on fries.

I was supposed to be manifesting Goddesshood. I guess I better start revolutionizing the definition of what that means for me. Everyone has their cup of tea, and I guess mine just involves public nudity and sleeping with people in “committed” relationships. What is a Goddess? I guess I should come to terms with the fact that change is good, good is God, so God is change.

And what about what others think? Maybe the true definition of freedom is simply not giving a fuck about that.

But then there’s my parents…someone said your parents must be blamed for the waywardness of a child. I wouldn’t want them to be involved in any of the ways I live my life now. They’re from a different time. They’re good church people, who believe in God and pray. They love me, and they did the best they could. I’m so sorry we don’t even believe in the same God anymore…I’m sorry that my ways would eventually disappoint them, but I don’t even think they could begin to understand.

I won’t stop…despite the tears and fears. I feel fiercely determined to defend my right to go on this journey and discover my personal liberation along the way. Now, I’m not that naïve, I’m not like Holly Golightly in this case, thinking that anyone who loves me is trying to trap me. But, I do think that when they do, it’s not really love. I had this conversation with the womb choice…love doesn’t equal ownership. When he spoke of relationships, he disagreed saying there is a sense of belonging to the other person involved. I’m sure if there was anyone I could give up my freedom for, it would be him. I woke up one day completely feeling like I wanted to devote myself to him. Why? I don’t know. It’s not like he was going to give me anything I said I wanted. But, maybe he knows better. Maybe I didn’t want the marriage and kids the way I said I so desperately did… Maybe I just ain’t the marryin’ kind.

They say if you were ready for what you wanted, you would have it. And…I don’t.

But I’m ready for discovery. Connection. Stimulation. Vulnerability…and Truth. I guess these things could be the makings of Goddesshood…

Won’t you continue on this journey with me…to wait around and see?

2 thoughts on “Tears for Fears”